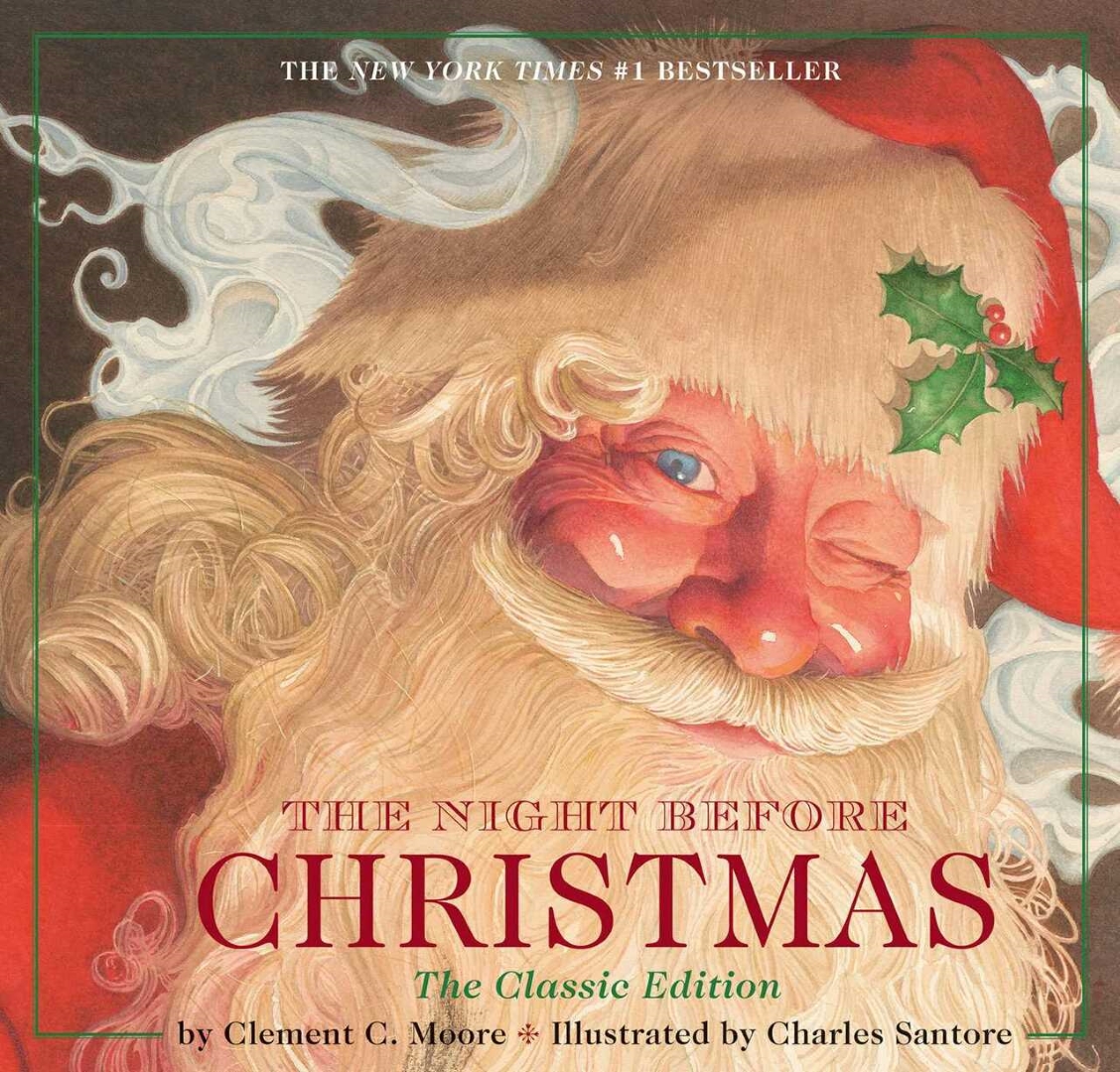 Production Time: 10 Working Days
Here is the wonderful new version of the classic poem every family should own. This edition of The Night Before Christmas is lavishly illustrated by renowned, New York Times #1 Bestselling artist Charles Santore, the critically-acclaimed illustrator of multiple classic tales, including The Wizard of Oz, Snow White and The Little Mermaid. This is a hardcover edition of the classic The Night Before Christmas, featuring a four-page gatefold and an embossed and foil-stamped cover.First published anonymously in a New York Newspaper called the Troy Sentinel on December 23, 1823, under the title ‚ÄúA Visit from St. Nicholas.‚Äù Clement Clark Moore has long been credited as the author of this beloved yuletide poem, but literary scholar Don Foster now believes that the true writer was in fact a poet of Dutch heritage named Henry Livingston Jr. Livingston had passed away by the time Moore claimed authorship of the poem years later. In 1844, Moore published ‚ÄúA Visit from St. Nicholas‚Äù in an anthology of his own poetry, but Livingston‚Äôs family has always insisted that Moore is not the true author. However, even if Livingston‚Äôs family had never spoken up, Moore‚Äôs authorship rings a bit false. The structure of the poem is very different from anything else Moore had written, but the style and imagery do match Livingston‚Äôs writing. Most compelling of all are the Dutch references in the poem, including several reindeer names, such as ‚ÄúDonder‚Äù (meaning ‚Äúthunder‚Äù) and ‚ÄúBlixem‚Äù (meaning ‚Äúlightning‚Äù). These names were anglicized in later editions to the now-famous ‚ÄúDonner,‚Äù and ‚ÄúBlitzen.‚Äù As a nod to Livingston‚Äôs claim on the poem, we have left the original Dutch name ‚ÄúDonder‚Äù in our edition.

Don't be shy!, Get social with us!